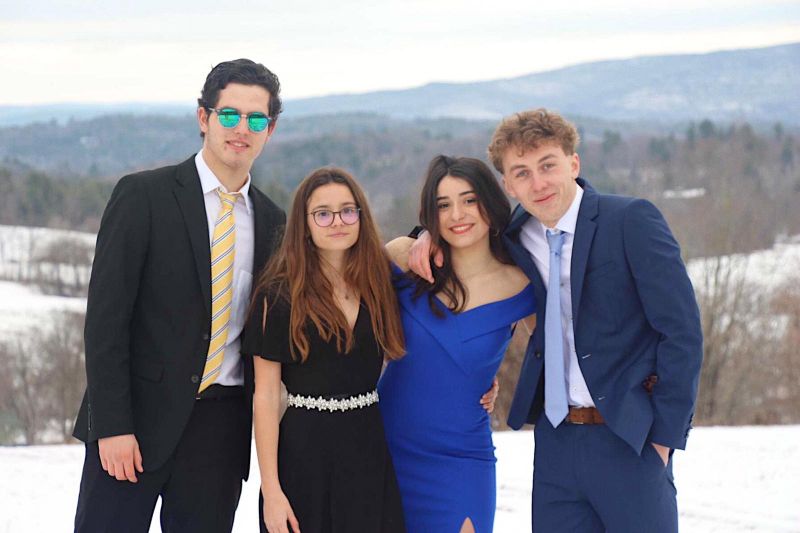 After so many attempts to find an hour that could work in four different time zones, finally connecting felt like we’d accomplished the impossible.

My three virtual exchange students are from Ukraine, Kyrgyzstan and Indonesia.   They had hoped to be living out a dream, attending a high school somewhere in the USA, for the whole academic year.  Until last week, it seemed they would be able to come in January, and have a shortened, one-semester experience.

Last week the US State Department decided to cancel the second semester option. Sadly, due to age, some of the students are not able to delay until 2021-2022.  Their only option is the virtual program we are doing together.

The virtual program is a valent attempt.  They have a virtual host family, with whom they speak usually about an hour a week.  They have an American virtual friend, and the teens meet up in their favorite social media format.

There are several cultural enhancement programs, which I do with them.  For our first one, I gave them information on my little state of Vermont.  I included such important information as population (about 624,000) and points of pride (the lowest crime rate in the nation, high ranking educational system).  I also put in an occasional fun fact, like Montpelier being the only state capital in the nation that does not have a McDonalds.  (At 7,000 habitants, it’s not economically viable.)  I included two minutes of photos I’ve taken over the last year or so of this beautiful state, too—just for fun.

A “virtual exchange year” is not the same experience.  It can never replace living in another country as a high schooler, going to classes side-by-side with your American friends, staying with a host family who opens their hearts and home to you.

Yet, it’s still the same idea:  sharing our America, bringing the world just a bit closer together.  And it’s a small silver lining for all of us, this chance to get to know each other as people who happen to live in a different spot on our one planet.