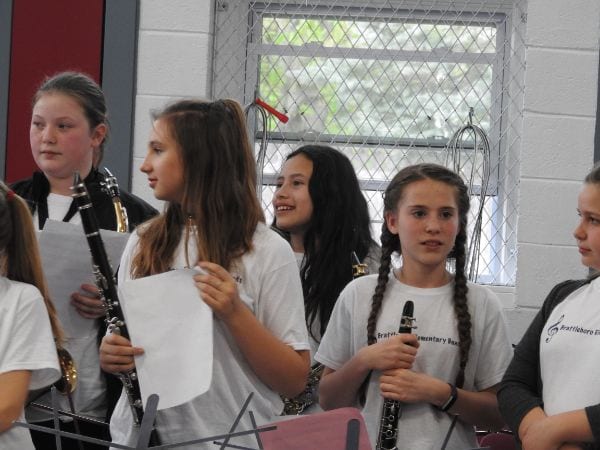 It’s Heifer Stroll weekend number sixteen this year; the first one was in June of 2002.

Sixteen years is a lot of time in the life of a parade. Looking back, it seems the “Strolling of the Heifers” more closely mirrors a “march of time” for our family.

Year number one meant son number one was only four and a half, and son number two was still pretty much a toddler at two and a half. We stopped in at the staging area, and petted their second cousin’s heifer. Next thing we knew, our oldest son ended up in photos that were used nationwide. (My parents traveled out from Illinois one year for the Stroll, after they first heard about this event when they saw their own grandson in a national magazine.)

By year two, perhaps because of that photo, our oldest son wanted to walk with a cow. Our friends and neighbors, always gracious and sharing with their animals, allowed him to pick out a calf. In return, I offered my 4-H experiences of cattle clipping, and breaking heifers to lead for a show ring. Although I didn’t know it at the time, of course, that second Heifer Stroll set our two families into a nice symbiotic relationship for the next decade or so.

Our first “stroll”–the historical second for the town–was more of a determined plod, for both calf and child. Human and bovine alike seemed convinced that it was something to push through, with a steady, unchanging pace. It didn’t matter where the rest of the heifers from this farm were; the cheers from the crowds on the sidelines were not even heard. Even the television camera that suddenly walked backward in front of them–capturing the determination etched into his barely-out-of-toddlerhood face–didn’t cause them to veer from their uphill climb to the Commons. (And oh, yes, he was adorably photogenic.) Our parental role was to make sure he was safe–and to stand back and watch him move forward, step by step.

Sixteen years later, it strikes me that this is what we’ve been doing every year–as they continue to become independent beings. The June Gallery Walk here in Brattleboro–with its closed downtown and street fair atmosphere–proves irresistible to tweens, those longed-for freedoms. The arrival of cell phones means that they can be off on their own–but still reach us. (Often they call because they need money, as that’s apparently what parents are for in the minds of early teen years.)

Familiarity with the environment and the routines allows for some planning–although that word has far different meanings for me and them. They start with a vague “we’re meeting up” and we adults guide with questions like “who” and “when” and “what time”. Eventually an agreement is reached, permission is granted, and a meeting spot and time are established.

Then we enter the Zone of Increasing Responsibility, the checks on these incessant demands for ever more freedom, the balances on the parental reins. Will she arrive at the meeting spot on time? If not, what is the reason she’s late? And now what is the consequence? Or if yes, can she have more time in a different spot next time?

This year is a good one, for our daughter and her friends. Even though she has a cell phone with wifi only (and no cell service), she manages to communicate. She asks for permission before leaving to walk across town to meet up with a friend. She shows up around the right time. She does not complain (for too long) about having to leave and head home.

Meanwhile, the oldest two have surpassed these limits entirely. With cell phones, an internet connection–and a car–the world’s theirs for the taking, they believe. In their case, we ask them what their plans are, when they are leaving, when they wanted to come home, who they will be with. As long as they, too, hold steady in what they say (and do), we keep giving them a little more leeway, a bit more rope with which we fervently hope they won’t hang themselves.

We–the oldest child and we, the parental unit of the house–all recognize that this son will be completely free this fall. He pretty much announces where he is going, and we pretty much nod and smile (and ask who, what, when, where and what time). The middle son tries the same moves, but doesn’t typically find the same response, as he has only had has license for about a month. Still, this August he will move into the position of driving his younger sister to school each day. And the youngest, our only daughter, will no longer be just down the road at the elementary school; she’ll be over at the high school campus, no doubt stretching those wings even more.

A stroll with heifers and band instruments… a walk down memory lane… and a consistent, drumming march towards independence. Happy June.

Subscribe
← Previous: And Graduation Week Begins Next: Decision Made! →