Today, we accomplished our goal:  we have climbed up Tuckerman’s Ravine Trail to the Hidden Lake.

I think my choice of verb is accurate too:  we climbed.  Because I can’t, in full transparency, say that we hiked it.

Or perhaps New Hampshire folks just have a different definition of hiking than I do.

Admittedly, I am what New Englanders like to term “flatlander”.  Actually, I surpass their normal description, because they think that everyone in the entire states of Massachusetts, Connecticut and Rhode Island are “flatlanders”.  Whenever I hear this term, I stop myself from inviting them to come see Illinois, where I grew up.  For that matter, they could start in western New York, and perhaps travel on I-90 for a couple of days.  We Midwesterners know all about true “flat”.  Very few parts of anything in New England should rightfully be termed flat.

I was somewhat suspicious of the descriptions of this trail.  We have been to the White Mountains several times, and I very clearly remember a hike with a large group of friends and all of our kids.  It had been described as gentle, with some moderate parts, and a low level of difficulty.  I recall scrambling up and over rocks in several spots—and hoisting young children up to the next step built out of tree roots.

The memories came back more clearly on our quick hike before supper last night.  The volunteer had told us that it was gentle and easy; she even described it as “handicapped accessible.”  She was right—if you only counted the first 100 yards or so, which had great infrastructure.  Once we entered the woods, the trail involved a lot of careful stepping on smallish rocks, around medium size stones, and over and through large boulders.

We did listen to the weather report before we finalized our plans today.  The weather at the lodge called for highs in the low 60s, with sustained winds in the 30-40 miles per hour range.  At the summit of Mount Washington, the forecast predicted almost no visibility, early temperatures of 10-20 degrees Fahrenheit, near constant winds of 60-75 miles per hour and gusts of 90 miles per hour.  Recalling the long list of fatalities posted on the side of a large map in the visitors’ center, we had no problem agreeing that going half-way only was a good option for the three of us.

The trail is 2.4 miles long.  The New Hampshire guidebooks—and the exceedingly helpful American Mountain Climbing volunteers—all assured us of a gentle incline on a wide trail.  “It’s one of the most visited spots in the entire country,” the kind woman told us.  “It’s about the same as the Grand Canyon.”

Our daypacks stuffed full of extra layers, we started off.  I enjoyed the first half an hour or so of walking.  I was relieved: our information was right, the trail was wide and mainly dirt and some stones underfoot.

Around the waterfall (which signs said was .4 miles from the lodge), we encountered some large stones on the path.  Soon every step required traversing from stone to stone.  It was like walking in a creek, only (thankfully) without any water.  It continued that way for pretty much the next two miles.

After several hours, we reached the top. We enjoyed the view up into the bowl of Tuckerman’s Ravine, as we ate our lunches and dug out winter coats to adjust for the impressive drop in temperatures.  Fortified, we left to go back down those same two miles of rock-filled trail.

You might be guessing I am not thrilled with trails of boulders, and you would be correct.  As I was ever-so-carefully putting one foot in front of the other, convinced that a misstep would mean serious pain, I admit to feeling just a tad bit negative—and I always try hard to see the positive side in everything.  (Perhaps that’s a silly statement to even write; you are reading a book about someone who is determined to find good things, every day, that happen only because the entire globe is engaged in fighting a pandemic that is currently killing about 1,000 people a day, in the USA alone.)

So after about two hours (it takes an astonishing amount of time to go downhill whilst carefully stepping from boulder to boulder), I did manage to find my silver lining in all of this.

I would never have done this trip if it were not for COVID.  I would not have had the time–and I certainly would not have spent any little free time I could wrangle in this sort of an endeavor.  I only went because I am a terribly social person, and I loved the idea of spending a few days like this with friends.  I also do enjoy being outside and walking the trails around my house—although they are my definition of “trails”, meaning that I step on solid dirt, not boulder hop my way constantly up hill.

By the time I’m safely back at the lodge, I have determined that I won’t be returning to the White Mountains for more of this style of hiking.  (Perhaps I should have paid more attention to the name of our lodge—which is run by the Appalachian MOUNTAIN Club?  No where in that name do they even pretend to be just out for a casual walk.)

But I am enormously grateful that I have had this experience this year.  And that’s my silver lining for today. 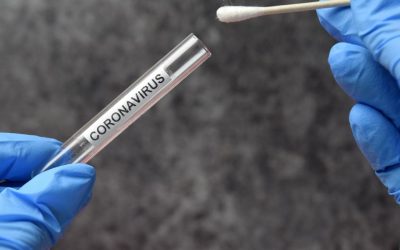 The text came through late this afternoon: “Sorry to tell you all, but I think I might have COVID.  I’m trying to...

END_OF_DOCUMENT_TOKEN_TO_BE_REPLACED 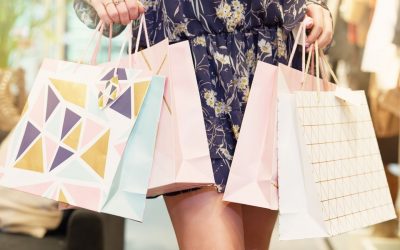 One of the things that I have missed during the pandemic has been clothes shopping with my sister.  There’s...

END_OF_DOCUMENT_TOKEN_TO_BE_REPLACED 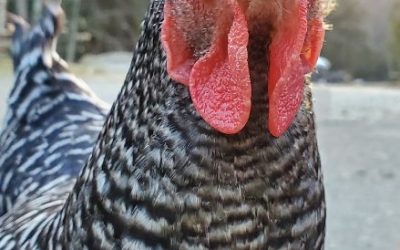 Spring cleaning is real, folks… especially when you have chickens who live in a coop.  The chickens love the days...