The Crazy Departures from COVID 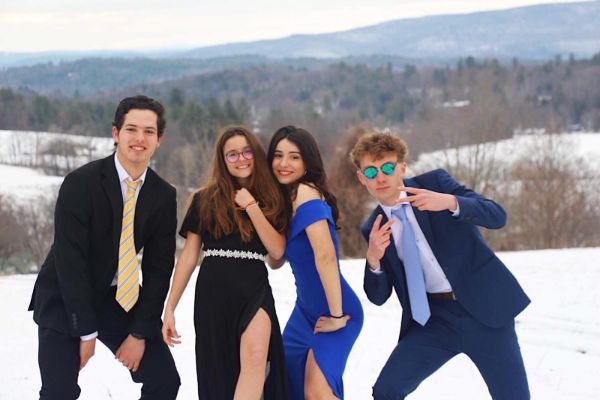 Wondering on the (crazy) departures for the fourteen Brattleboro Union High School students from 2019-2020? Check out the blog post!

Wondering what happened to each of them, as the world faced an unprecedented international pandemic?

Still, 2019-2020 was packed with fun! In September, we gathered for potluck. In October, they went together to the haunted house and hay maze.  In November, we spent a night in Providence, Rhode Island, and visited Newport, Plimouth Plantation and the outlet malls.  In December, we went to New York City for a day.  In January, we took the train to DC—and toured at least seven Smithsonian Museums!  In February, we gathered for a sledding party and a visit to a host’s maple sugaring operation.

Those who stayed on for remote learning often said it was the same thing as being at home–just with more room to roam while exploring the great outdoors that our area also offers. They also appreciated the extra family time they had. “It was great to get to know my college brother,” said Isa, SPAIN, “If he had not been home for remote learning, we would not be as close.”

No matter when they went home, they left thankful for the time they had with their host families…. and all of them have high hopes to visit again when travel is an option again!