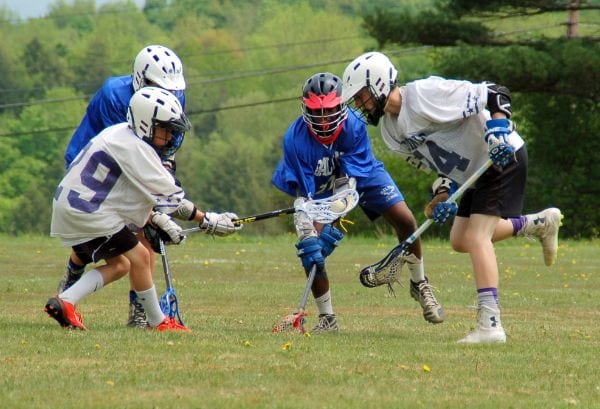 “How about sports management?” I asked.

My son and I were going over his options for the fall semester.  He wanted to make sure that he had a balance between his core classes (English, math, science) and his electives.  He had thought about how much work some of those would require, and still wanted to have time to play sports.

Life is all about balance, of course.  There is probably no more important lesson that we all learn (and re-learn, often, throughout our lives).  We fully supported our son’s concern, and wanted him to find a way to fit everything in.  “You love sports, so that sounds fun, right?”

He agreed, and his counselor found a way to make the schedule work. He didn’t talk much about the class, except to note that they were doing “Fantasy Football” as a part of their course work.  That opportunity had even made his “two good things of the day” one night at the supper table.  He loves this Fantasy Football, and was already on one team with his friends.

Immediately as school started, he brought home information from the Future Business Leaders of America, FBLA.  He also shoved a fundraiser in my hands as he ran out the door one morning.  “You need to buy some candles and wrapping paper, Mom,” he said.  “It supports the FBLA.”

I set aside the flyer.  I don’t like wrapping paper. I don’t like candles. And I was not sure why I should be supporting the FBLA, either; neither of my sons were involved in that.

At the BUHS Open House, I joined other parents around the table as we checked in on Sports Management.  The teacher, dressed rather formally in business attire, was surrounded by four students–with FBLA shirts on.

“Welcome to Sports Management, a business class,” the teacher started.  I looked up in surprise.  “A lot of kids think that they are taking a sports class,” he continued.  “But this is really a business class, about the management of sports–and entertainment, by the way.  We cover both.”

He looked around at all of us, as he passed out the information on what he was teaching.  “I have a lot of football players in here right now,” he chuckled.  I identified the same parents I see at football games by the nodding heads. I wondered how many of them were as uninformed as my son and I had been when we discussed his choice of classes.

“I am preparing these kids for a job,” he said.  “Not everyone in sports–or entertainment–is the one out there playing the game or being up on stage.  There are all the people who help organize, who sell the tickets, who negotiate the contracts…  All those jobs are part of sports and entertainment management.”

He explained the fund raiser.  “Sales happens all the time, you don’t have to be “in sales” to have to sell.  That’s business.  So they have to learn how to approach people, to ask for a sale, and to track it.  All part of being in business.”  The money earned, he explained further, goes to the FBLA club.  “If they really don’t want to do any of fund raisers, there is another project they can do.”

He led us through his grading policy.  “Thirty percent of their grades will come directly from attendance.  Just like in the real world, you gotta show up. And on time. They can’t come in late; they lose points. If they are on time every day, they get a “professional” note, of 10 points.  If they have no more than one unexcused tardy, they are classified as “emerging” and receive only five points.  If they are late more than that, they are put into the “unprofessional” code, with a ten point deduction for each additional non-program absence.

“I give 40% of the grade to activities and participation.  Again, in a real world job, you have to be there and do the work.  And you have to dress the part.  I can’t have them wear business suits all day.  That just doesn’t work in the school environment, especially for players on teams who have to wear specific things.  But I do enforce the no-hat rule.

“You don’t go to work to sit on your phone, either,” he noted.  “So I help them with this.  They can’t have their phones out during class.  We are block class, so in the middle, I let them feed their addiction for 5-7 minutes during the break.  But then the phones are put away.  We have those cubbies over there if it is too hard for them to leave the phones in their pockets.

“The last 30% comes from their exams and their projects.  Those will be spread out throughout the semester.”

He clarified any confusion we had about why a “fun thing” like Fantasy Football should be considered appropriate for the classroom.  “For Fantasy Football, they have to chose players, make trades, and present how they did every week,” he said.  “We do it on teams, and I put them on teams.  They are not necessarily those people that they would have chosen, either.  You don’t get to chose who you work with, and you might not like everybody.

He looked around the room and summed it all up for us.