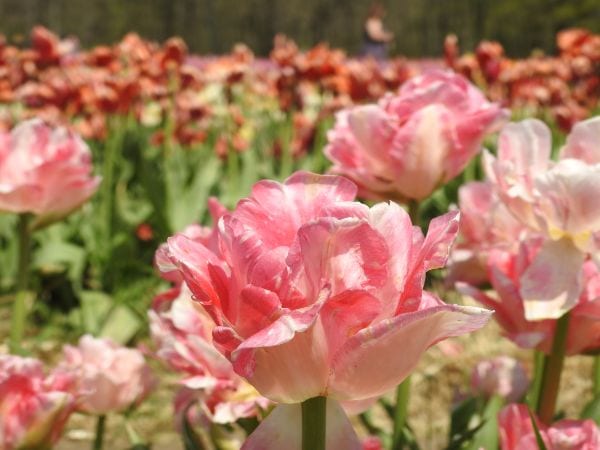 She came home and marched straight into my office.

“Mom,” she started in, before even saying hello, “Mom! Today they came from the middle school, the principal and a counselor. And they went over all this stuff with us.

“We’re going to have our own lockers. Well, two lockers. There is one for gym and one for regular. Of course, neither of them really can hold anything.

“And there are combinations on them. What if I can’t remember the combination? Maybe I just won’t put anything in the locker,” she laughed.

“They told us all about how things will work, the purple days and the white days, and how we have a schedule for each day.”

She grabbed the quickest of breaths, and went on. “There is an open house coming up. We HAVE to go, Mom. We ARE going, right?” I nod. “Because that’s really important, you know. They told us today that they will show us around. There is even this mac and cheese thing going on…”

She went on for another five minutes, the most animated and the most talkative that I’ve seen from her in months. She talked about gym, band, chorus, cooking, languages, math, science, social studies, English. She worried aloud–just a little–about getting lost, making new friends, being in a bigger school. But then she went back to the things she’d heard that day, noting that they had answered some of her questions already in their very first conversations with her sixth grade class.

She is the youngest child here, so going to BAMS is not that new to her. She has been dragged along to basketball games, soccer matches, band and choral concerts, open houses.

Still, it seems that this is suddenly becoming very real to her now, something a whole lot more tangible when you actually go and tour through the building and have to remember a bunch of numbers just to get to your own stuff.

Several years ago, a staff member at her elementary school pointed out that most of the sixth graders start thinking more about their next year right around now. Some classes–like her older brother’s–check out earlier (in his case, it was more like October).

Seven years is a long time at any place, at any age. However, I think it might be considered even a longer time when you start at 5 and leave at 12. They come in just safely out of the toddler years, excited but really nervous. In seven years, she’s learned to recognize all her letters, how to read, and how to add, subtract, divide and multiply. She learned to play the violin, the piano, the saxophone. She’s gone from scribbles to writing entire stories, from learning how to hold a pencil to pounding away at the computer with the greatest of ease.

As she stands at this brink, we see both the little baby she once was–and the young woman she is becoming. This is not the first time we watch this transformation–again, she holds that special spot as the youngest of the household. But it’s the first time we get to watch her, going forth in her own unique way.

I was not listening as well as I should have to her lists of all the middle school teachers were telling her, and no doubt there was some form of some type I was to fill out and turn in by some specific date to some specific person.

No, I was not really hearing what she was saying.

I was too busy hearing her enthusiasm.

Time is flying, and I guess I’d really rather just let her enthusiasm flow over me and bask in its happiness for a while longer.

Subscribe
← Previous: Accepted Students' Day Next: On the Slopes →