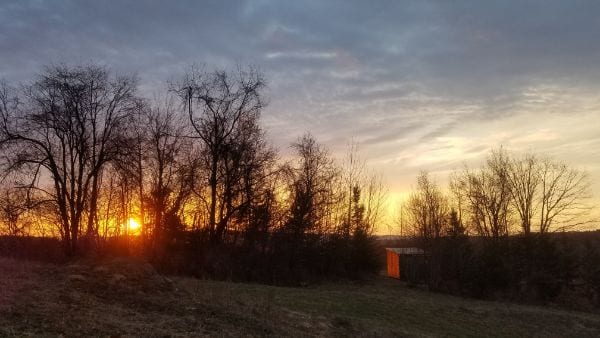 Sure, as parents, we’ve talked about it. With family friends, we have analyzed it. With relatives, we’ve reviewed the options.

We have our thoughts. Oh, we have many opinions. To us, the choice is pretty clear.

Still, we wait for him to decide. It’s not our life, we recognize. And we don’t want him to feel pressure.

As his parents, we’ve attempted to help him think things through. My husband decided to take the more humorous approach to the whole thing. “Look, the way I see it, you’re going to eat a lot over the next four years, right?” he asked our 18-year-old bottomless pit. “So, which one has the better food service?” He presents this seriously enough that none of us are sure if he really suggesting that this is a real criteria… or if he is just trying to cajole him into telling us more of his thoughts.

I have been the driver, the accompanier, the visitor parent. So I’ve prodded him on location. “Well, this is the drive,” I have announced as we got onto the highway. “Is this the drive you are going to be doing for the next four years? What do you think? Do you like this sort of traffic, or is the other setting more what you want? And these two are close, but maybe you want to be six hours of a drive away?”

I also remind him about location. “You can ask yourself if you want to be on the ocean… or in a city… or in a place where it will literally snow probably all but two months of the time that you are there, every year.”

None of the schools are bad choices; all cost about the same, state or private. He was torn for a while with another school, this one in-state, because it would have been marginally cheaper. But they didn’t offer what he wanted to study… and more importantly, it didn’t feel right to him. “I just don’t want to go there,” he said.

So, we eliminated the Vermont-based school, and suddenly, we were down to three. We have attended both of the “accepted students’ days” that are relatively close by. Driving six hours round trip, to spend about six on a college campus, no longer seems strange. After all, many of our friends–and his friends–are doing the exact same thing.

When it comes to driving six hours one-way, I pushed a bit more. “Look, I’ve done the research, and I’ve found us a hotel, I’ve planned the route. And, I’ve cleared my schedule. I am ready to go if you want to go.

“But before we drive all the way over there, stay the night, tour the campus and talk to the professors, are you sure that you really want to go? Because I’ll go if you want, but if you really like the other two schools, and you don’t think you’ll even consider this one, then why are we going?”
He threw it back in my face, and retorted, “Then we just won’t go.” I told him to sleep on it, think about, and tell me in two day’s time. I emphasized that I have already cleared my schedule and am ready to go. “It’s up to you,” I repeated.

He decided it was not worth the drive. “I probably wouldn’t go there anyway,” he said. I reiterated, yet again, that I would drive if he wanted to. I understand that it has a great reputation and that he is accepted. “It’s fine,” he answered in a clipped tone. “I don’t want to be six hours away.”

“But I want you to be happy with the decision,” I replied. “Not just settling. Let’s go then.”

We left the conversation at that for a few more days. Then, one night, I came home from a meeting to a pleasant family scene: father writing checks, son digging through all the paperwork from the colleges.

“He’s decided,” my husband grins up at me. I look at our oldest expectantly. He nods, sure of himself and confident in his declaration.

Subscribe
← Previous: The Independence Parade Next: What's Inside an Egg? →