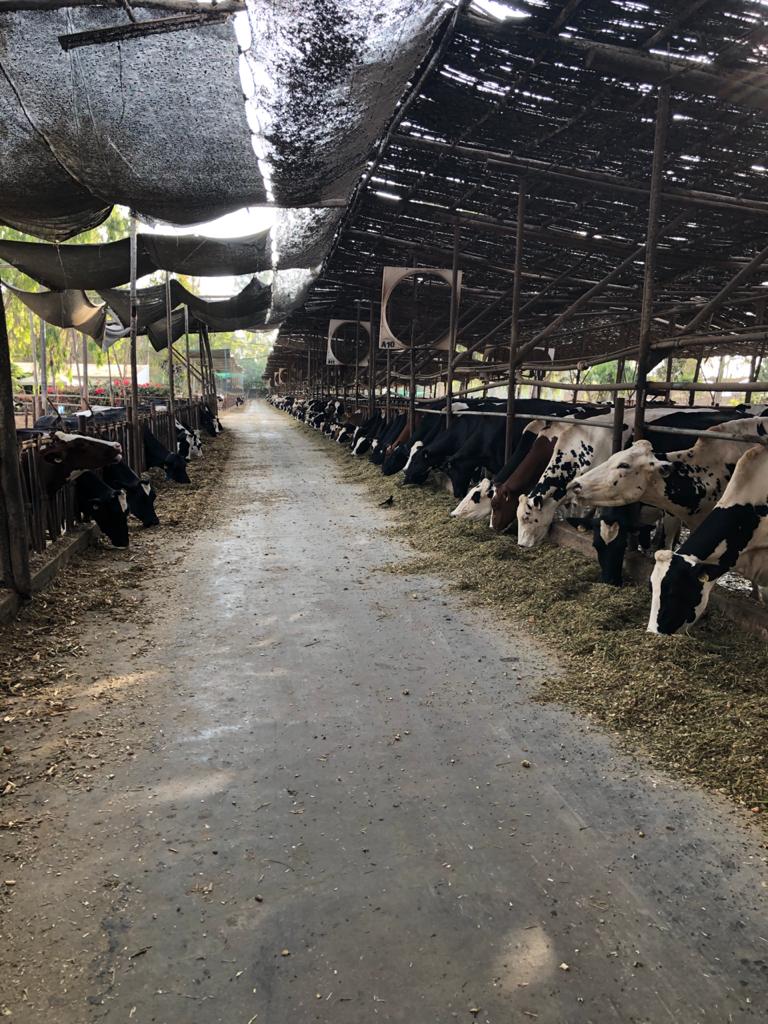 What’s it like to dairy in Peru or Ecuador?  This is a question Robbie Watson is uniquely qualified to answer.

Today, he owns a dairy in Peru—and another in Ecuador.  And although Peru and Ecuador are neighboring countries in South America, dairying looks quite different in the two countries.

Watson studied animal husbandry in Lima, writing his thesis on dairy cattle.  Then, he added to his education by completing a Masters in Business Administration.  Using those skills, he worked for many years with a beauty company that took him all over the globe, averaging about 200 flights annually.  Every time he’s has the chance, he squeezes in a visit or two to local dairies. Add in another thirty trips to Madison for the World Dairy Expo and ten times to the Tulare Farm Show in California, and Watson can truly claim a fascinating international dairy perspective.

Watson started his first dairy, La Querencia, in Peru in 1987.  In 1989, he imported twenty-eight heifers from Ohio, “the seed stock,” as he calls them.  The farm is located 25 miles to Lima, Peru’s capital, which also accounts for 65-70% of the economy, and is home to 12-13 million of Peru’s 34 million habitants.  “People-wise, about one third of the country lives in Lima,” Watson notes.

Peru is the nineteenth largest country in the world, he explains, with four completely different regions:  the Sierra/Mountains, Jungle, Coast and Islands.  Dairy cattle are mostly in the mountains and the high jungle, about 2,000 feet above sea level.  The coast of Peru is “a big desert,” as Watson puts it, and the country is cut by 52 rivers.  While farm land used to surround Lima, the city has taken over.

“We have to haul feed for the cows.  It’s a trip of at least 60-95 miles for corn silage, or 370 miles for alfalfa.  And they are not easy miles, either–with a lot of traffic, too,” he says.  “It’s very expensive, and the cost of the feed increases because of the hauling.”

The location also gives them a competitive advantage.  “We are close to the market, and we can get a premium for the quality of milk we produce.”   For other farmers—who pay less for their feed—the problem is distribution of their product.  “It can take two to three days to get to the main cities, and you can’t get the milk out in fluid form.  They have to produce cheese.”

His dairy in Lima is not necessarily typical, he notes, mainly because he has constructed freestalls and uses stanchions.  “There are probably only three dairies with freestalls in all of Peru,” he says.  “We started over 25 years ago, and saw big improvements in production.  We have sprinklers in the parlor, and fans at the feed bunks.  It looks very much like a California-style barn, with sand and open corrals, no concrete because it doesn’t rain here. We have the best of two worlds:  forestalls with sand, and open corrals with no concrete.”

He notes that they have tried to be “at the forefront of technology”.  They use a Delaval double twelve, milking three times each day. They are proud of their production, too, which is an average of 71 pounds of milk per cow per day.  Or, as Watson puts it as many around the world would: “It’s 12,000 liters (26,000 pounds) of milk produced per day, with 372 cows milking.”

The climate in Lima is considered “mild”, but with high humidity, normally 90-95%.  The temperatures in the winter run 58-64 F, and in the summertime, 72-82, occasionally 86 F.  It can cause problems with pregnancy rates in the summer, which he’s happy if they can keep around 50%. “It’s the combination of the humidity and the heat,” he says. “It’s not as high as California or Arizona, but it’s not a dry heat.  That’s a big problem for the cows.”

Their summer average is 66 pounds/cow/day, and winter is 81 pounds/cow/day.  They are higher than other farms in the country which is more towards 57 pounds/cow/day.  And, he is quick to point out that there are also different styles of dairying entirely.  “There are small family farms, with maybe eight to twelve cows, which are not dedicated to producing milk.  They get more like 26 pounds/cow/day.  They are feeding calves directly, usually using a dual-purpose breed, like a crossbred Holstein with Brown Swiss, Mount Billiard, Normandy or Fleckvieh.

“In the jungles of Peru, they use Jerseys because of the heat.  And water buffalo and Jir, a Brazilian breed, or a combination of Jir and Holstein, the Jirolando, a breed that started in Colombia and Brazil.  The Jirolando can achieve 66 pounds/cow/day, with really no body condition, and that’s becoming more coming in Peru’s hotter areas.”

Watson feels they have learned to manage the heat of summer over time, now only losing about 8% due to heat stress.  “Before this, we had 40% production loss,” Watson says.  “Cow comfort is huge.”

Watson notes that dairying in Peru looks a lot like the USA.  “Peru is very open to free trade, and protective of agriculture.  We import commodities, but pay higher prices.  Energy is very similar to the USA.  We can get almost 100% of the products that the USA has, just at a higher cost.  But the milk price is higher, too.”