Air Traffic Control (or Getting Home) 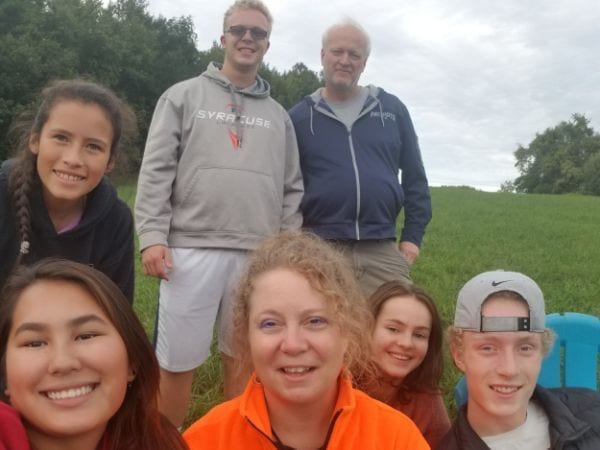 It is 8 AM on any given school day, and my questions are predictable in their seeming simplicity.

“What are you doing after school today?”

I ask each child this question, every day.

I actually ask them the night before, too. Curiously, quite often the answer changes between supper and morning departure.

In the fall, this answer was relatively easy. “Soccer practice” or its near relative, “soccer game” was the answer for three of the four of them. The only variation was the possibility of weather interference, and that was relatively easy to predict. The challenge then was just the organization of times and rides. “7th grade girls is out at 5 PM, pick me up at the fields down the road from the middle school,” one would say.

“JV girls is on the same field, but we don’t start until 5. I’m staying on, and I have a ride with my friend,” another would chime in.

“Freshman boys is on the field near the career center, and we should be done by 5.15,” the last soccer player would say, completely the trifecta of fields and practice times.

The junior, the main driver in the morning, would typically have other plans. “I’m going fishing,” he would announce.

I would then arrange with my husband, as he was leaving work, to grab two; the other had a ride; and the last one could drive himself.

Then soccer season ended, and the complications began.

“I am going fishing,” the driver of the group proclaims. “I’ll be home around supper.”

This is all typically shouted over their shoulders at me as they walk out the door, rushing because “teenagers need more sleep” and “school starts so early”.

We have a little family meeting. I explain that I am working at 3:30, and that I consider the school bus a great form of transportation–for which I’ve already paid through my taxes. (They roll their eyes.) I also point out that it is a great form of cultural experience for the two from other countries, a true piece of Amerciana. (They roll their eyes more.) I know that there is a subway system in one of their countries, and that she is used to having complete freedom of mobility. I know that walking is a normal transportation, or else a city bus, and that moving around freely is never a problem in another.

But I am adamant that I also have a life, and that I will not spend all of my day driving people. I also point out that one person is coming home from town already, every day between 4 and 5, who has some flexibility. Rides with friends, as long as we know which friends, are also fine. They must work things out.

Soon the morning skies are darker for longer, and they are even harder to roust from slumber. They are even later in the morning, and their standard routine becomes a mumbled greeting as they scurry out the door. Texts and What’s App messages begin to appear, all throughout the day (and they all expect me to answer them immediately).

“Now we are all going to a friend’s house. Is this OK?”

Two minutes later, another child messages in: “I’m going to my girlfriend’s house. Will be home for supper.”

Now the ride home is gone, so what to do with this text? “I’m coming home with my brother.”

Before I can even respond, the first one completes her messages. “I have a ride with my friend’s mom.”

Then the ride-less one send another message. “Can I stay through to the basketball game? Are you coming, or how do I get home?”

I have heard that air traffic controller is a high-stress job. I wonder if they have teenagers? By now, my own system is overwhelmed; their plans have all changed multiple times in just a few hours.

Subscribe
← Previous: The Grand Revolving Door Next: A Great Time for Basketball →